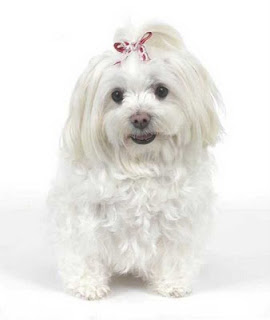 I'm feeling very guilty.  I told myself at the beginning of this year (which was approximately 20 some weeks ago), that I was going to read more, blog more, write more in general, watch less TV, work out more and eat better. Um...I've been reading a bit. Does that count?

Then I had to go make myself feel even worse by reading this post on Zebra Sounds.  Sure, there are actually people out there who make a plan and stick with it. Then they brag about it. I hope Judy's happy now.

So now the guilt and failure are building up and I have to do what I do best: slap myself around because of it.  I go through all the stages: guilt, depression, anger, ice cream, hope and failure.

I want to be a better person. I want to post on my blogs every day. I want to spend time reading something interesting and informative (and not just re-reading Buffy the Vampire Slayer Season 8). I want to work on some of the writing projects I have started and abandoned when things got too hard (like those people who adopt puppies and then can't care for them).  I want to start that new eating plan I spent time researching (I even have two weeks of meal planning, a grocery list, recipes and everything all set). I want to get up just a half an hour earlier and work out every day (or, you know, like maybe 4 or 5 days a week, at least).

I just haven't done any of those things yet.

Blogging Can Be Beautiful

This post is quite a bit overdue. One of my most ardent blog fans, herself an interesting, intelligent and most lovely blogger, Rachel in the OC, was kind enough to award some recognition to my ToniTV blog. I realize that this post is here and not there, but I just posted there and this blog needed someone to pay attention to it. So there you have it.

In any case, this award comes with some rules, as follows:
•Thank the person who gave you this award.
•Share 7 things about yourself.
•Pass the award along to 15 bloggers whom you have recently discovered and who you think are fantastic…

First with the sharing:
1) I'm not that much of a chocolate person. That will probably get me blocked, I know it, but I just happen to like caramel better.

2) At work, I have to have everything arranged on my desk just so and I feel the need to put everything away at the end of the day. But at home, I'm willing to shove stuff in drawers and feel good about it if I can just get them closed.

3) I'm just slightly under 5 feet tall and yet I rarely if ever wear heels. I prefer ballerina type flats.

4) I really love working out and yet I rarely do it cause I'm just too lazy to get started.

5) If left to my own devices, I would basically sit on the couch all day re-watching eps of Buffy the Vampire Slayer.

6) I have two Maltese dogs, Bambi and Bella.

Now that the hard part is over, it's time to nominate some great blogs:
1) First Pages

4) Making Stuff Up For A Living

9) Pretty in the City

So lots and lots of lovely places to visit and read and enjoy.