Since so many people have been asking for this...OK, fine, only one person (but you know who you are @DrNeevil)...and since during the entire time I was there, I was only occasionally able to get off a tweet or a text - although not a UK text - but then nothing for ever and ever, and getting open a browser window was almost impossible, I've decided to make an attempt to share some blog posts about my birthday UK trip.

It was quite an adventure.

We got in Friday morning, January 10, after a very rough flight. Well, the flight was fine, but I was so cramped in the middle seat, with no leg room, my seat wouldn't go back to rest, my tray table just balanced on my stomach and wouldn't go all the way down and my headset was all wonky. Ugh!! I was so miserable and interestingly Jeff said he didn't even know, so I must have been hiding it too well. That's not natural.

But eventually, we arrived and after wandering aimlessly through miles and miles of Heathrow searching for customs, our luggage and the Enterprise counter, we got our car and started out.

First stop, Canterbury on the way to Dover. Except that we took a wrong turn out of the airport and ended up traveling miles in the wrong direction before we could figure out how to turn around. Oh, and the term "wide right" now has an entirely new meaning for us.

In Canterbury, I just wanted to see the cathedral. I didn't want to go in or anything, I just wanted to see it. We could see the top, but no matter how we turned towards it, we just kept going around in circles on very narrow streets. At one point we ended up in a little dead end mews, that Jeff described as a possible crime scene area, and had to turn the car around, very carefully.

We never really got close to the cathedral.

Once in Dover, things got a little better.  Our hotel was right in front of the cliffs, with The English Channel, the harbor and boats right outside our window. 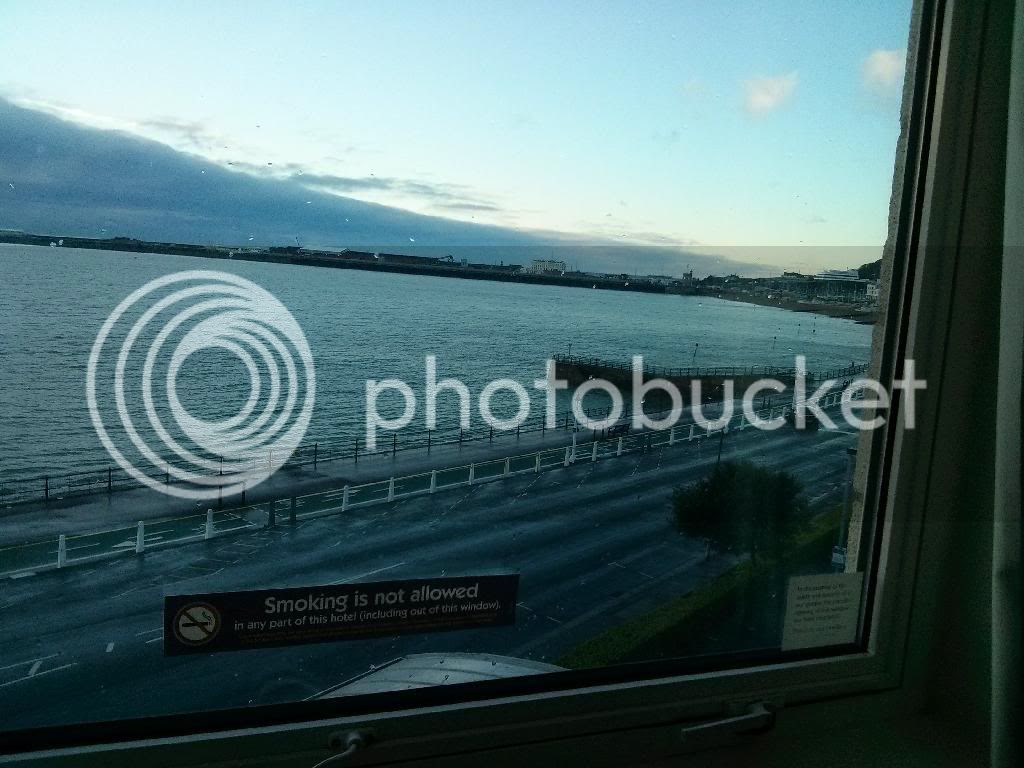 We had been awake at this point for about 20 hours, so we were tired, bedraggled and hungry. There was a vague plan to see Dover Castle, but it wasn't open on weekends in winter and there was no way we'd have time to get there on Friday. Basically, we took showers, had a quick dinner and went to bed. We were both snoring by 7 pm.

On Saturday, after we re-packed our bags so we could just use a small overnight bag each night and keep the bigger bags in the car, we prepared to do some quick sight seeing and then leave Dover.

Jeff went out to get the car while I waited in the lobby. It took a while.  Turns out he forgot what the car looked like and he couldn't find it.

The day was cold and windy but Jeff wanted to climb up the hill and look down, which he did.  I stayed off the cliff edge myself.  If I could have, I'd have stayed in the car, but I made the mistake of getting out and Jeff had the keys, so I had to just stand around near the parking lot and shiver. 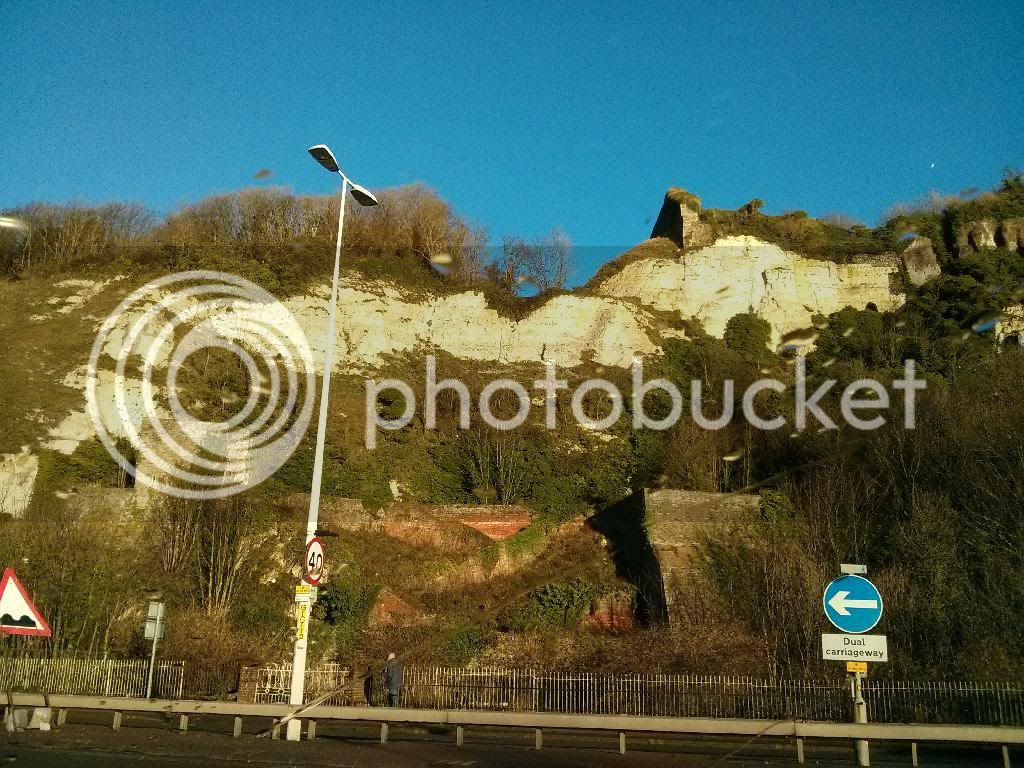 Then we also circled Dover Castle from a distance, much like Canterbury Cathedral, but it wasn't open anyway.  Tried to take pictures, but the car moved too fast and I needed to keep my eyes on the map. I was working with an Atlas, two sets of written notes (a list of all the places we were going with addresses, etc. and a list I made of all the route numbers we needed to follow), and using my phone as a GPS.
As we were driving, Jeff would suddenly say, "Quick, take a picture of that!" and I would fumble with all the paperwork and my phone, switching over to the camera, roll down the window and snap away. Of course, by that time I would have missed whatever picture there was to take. Add to that, pretty much every time that happened, we would miss a turn or something because I had the phone on camera and not GPS.

Stay tuned for the next stage....Stonehenge and Wales.

So funny. :D If it was a movie, I'd definitely watch...looking forward to the other instalments.

So glad at least someone is reading and enjoying this. :)